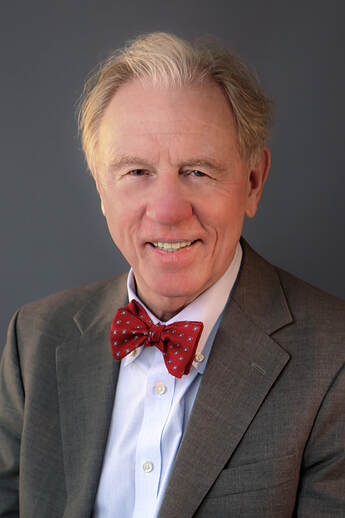 Frank Lyman, Member
vCard
Frank Lyman helps business people establish, finance, acquire, operate, and sell companies and assets. He has considerable expertise and experience in matters affecting businesses, including:
​Much of Frank's experience has involved the energy sector — as a businessman, as a government official, and as a lawyer. He was a manager of supply & distribution operations with Mobil Oil and held several senior positions for the U.S. Department of Energy. He was director of storage development operations for the Strategic Petroleum Reserve. Later, he assisted in overseeing program offices responsible for commercializing emerging energy technology in the areas of combined cycle generation, advanced coal combustion, small scale hydro, and geothermal energy.

In the 1990s, Frank combined his expertise and experience as manager and lawyer as both General Manager (COO) and General Counsel for Cogen Energy Technology, a New York State independent power company. He returned to private law practice after helping to sell the company in 1999.

​Frank is a graduate of Manhattan College, the State University of New York College at Plattsburgh, and The George Washington University Law School. He was also a Distinguished Graduate of the U.S. Army Infantry Officer Candidate School.
Frank is admitted to practice in the United States Supreme Court and courts in the District of Columbia, Maryland, New York, and Virginia. He is a member of several bar associations, including the Energy Bar Association and the Federal Bar Association.
Following are some of Frank's activities in energy and solid waste management:
209 West Central Street, Suite 121, Natick, MA 01760   508.665.5800
Disclaimer: The information contained in this Website is provided for general informational purposes only, and should not be construed as legal advice on any subject matter. The Firm expressly disclaims all liability in respect to actions taken or not taken based on any or all the contents of this Website. Any information sent to The Firm by Internet e-mail or through the Website is not secure and is done so on a non-confidential basis. Any communication with us via Internet e-mail through this site does not constitute or create an attorney-client relationship between us and any recipients. Furthermore, The Firm does not wish to represent anyone desiring representation based upon viewing this Website in a state where this Website fails to comply with all laws and ethical rules of that state.