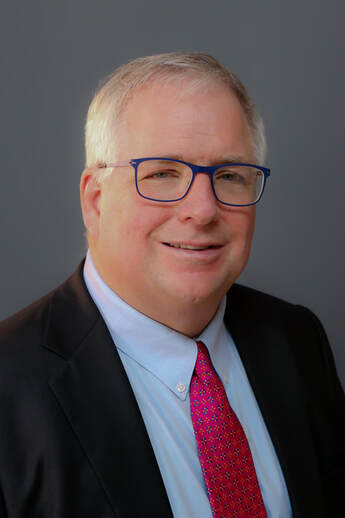 ​Don McCauley, Of Counsel
vCard I Resume
Don McCauley has a wide range of experience in commercial, regulatory, securities, finance, bankruptcy, environmental, and real estate matters. His practice focuses on commercial law and energy law matters, including: Don has also been an arbitrator and an expert witness in disputes relating to energy matters. Don seeks to focus on the essentials, emphasizes the practical, and is creative in exploring new approaches and resolving issues. He values highly his reputation for integrity and fairness. He occasionally displays a sense of humor.

Don began practicing law in 1982 with the Minnesota law firm of Doherty Rumble & Butler, developing a broad commercial law experience. In 1986, he began to focus on the energy field, first with the firm of Nixon Hargrave Devans & Doyle and then with McDermott Will & Emery, becoming a partner at McDermott in 1991. In 1995, Don joined Citizens Power as Senior Vice President and General Counsel and helped Citizens develop into one of the leading companies in the independent energy business. In the fall of 2001, following the acquisition of Citizens by Edison Mission Energy, Don left to resume the private practice of law. Don is a graduate of Williams College and Harvard Law School.

Don is admitted to practice in Massachusetts, the District of Columbia, and Minnesota. He is a member of several bar associations, including the American Bar Association, the Energy Bar Association, the Massachusetts Bar Association, and the Minnesota Bar Association.
Following are some of Don's activities in the energy area:
209 West Central Street, Suite 121, Natick, MA 01760   508.665.5800
Disclaimer: The information contained in this Website is provided for general informational purposes only, and should not be construed as legal advice on any subject matter. The Firm expressly disclaims all liability in respect to actions taken or not taken based on any or all the contents of this Website. Any information sent to The Firm by Internet e-mail or through the Website is not secure and is done so on a non-confidential basis. Any communication with us via Internet e-mail through this site does not constitute or create an attorney-client relationship between us and any recipients. Furthermore, The Firm does not wish to represent anyone desiring representation based upon viewing this Website in a state where this Website fails to comply with all laws and ethical rules of that state.